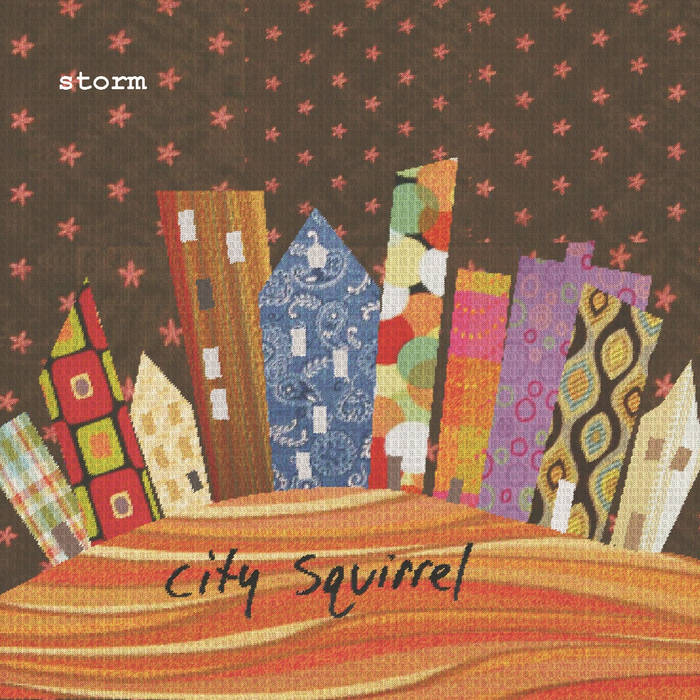 The demise of the band the Hungry Mind Review in 2004 saw the birth of another entity in early 2005–City Squirrel. Stephan Bayley and Stephanie Wallace decided to join forces in creating a duo act who, live, would end up performing many shows in bars and coffeehouses in the mid-Atlantic region and Pacific NW to promote their first album, ‘Storm’. The debut album of City Squirrel was recorded by Stephan and Stephanie in their home in Wilmington, NC, and mixed by Mitch Easter at his studio in Kernersville, NC. Mitch also played all the bass parts on the album, giving the mostly folky songwriting approach a more inspired, genuine rock feel in the end.

The recording and mixing of “Storm” also happened to coincide with the marriage of Stephan and Stephanie. The album features even more harmony vocals between the couple than their previous HMR project, as well as a song co-written by the two (“Scents Of Fire”). On this song in particular you can hear the personalities of the two come through in their respective contributions: Stephanie’s moody verses are tempered with Stephan’s punkish, poppy chorus. The fact that the parts melded together so well in the end was indicative of the all the various harmonies that clicked during the recording of the album. “If you would be my someone to love, I would not give you up” sings Stephan as Stephanie’s viola part intertwines with the vocal melody in the song “Sunning”.

But rather than being an album of new-found lovey, Couple Mush, “Storm” actually comes across more as a pleasurable cry for things unattainable. The opening track, “Road”, with the help of a cello and viola duet by brother and sister Mike & Stephanie Wallace, laments the fact that an oncoming relationship may be one’s last foray into said unknown; in “Living” the narrator proclaims “I’ve had enough of what you call living”; “Keys” is a secret hommage to a random victim found on an online suicide memorial wall; and “Anyone, Anymore” is about the the frustration felt in a small Southern town of trying to find yourself in a new relationship in a place that continues to talk about the old one. And that’s all just in tracks 1-4. In addition to the standard bass and drums the album uses acoustic 12-string guitars, formal string arrangements, Hammond organ parts, piano and glockenspiel to assist in weaving a way through the personal diary of this new couple. And whether you end up feeling either pleasure or guilt in that, who’s to say?

Bandcamp Daily  your guide to the world of Bandcamp