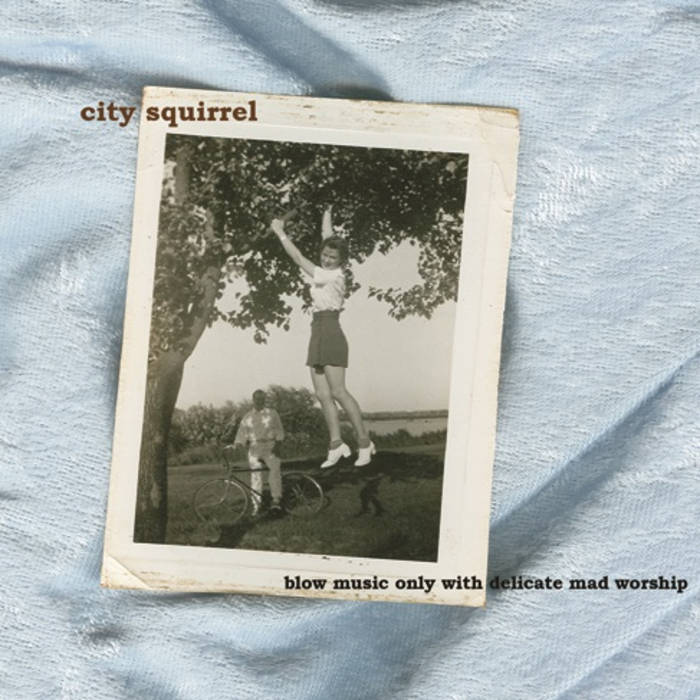 In the five years between the release of the first City Squirrel album 'Storm' and 'blow music only with delicate mad worship', the dynamics of the duo could not have changed any more than they actually did. The couple played many shows, moved from the East Coast to Portland, Oregon, bought a house and built a recording studio in it, recorded a Christmas album for family and friends one frantic December weekend in 2007, and finally divorced in the spring of 2010. It was during this last winter and spring together that their current release was recorded and mixed.

The album features two legendary musicians temporarily joining the band, at least for this album–once again the multi-talented Mitch Easter on bass, and this time also with Dave Mattacks on drums. Mattacks–arguably the Godfather of British folk rock drums, brought to the sessions his experience and extensive resume having recorded with a Who’s Who of British musicians (Paul McCartney, Nick Drake, Fairport Convention/Richard Thompson, Jimmy Page, XTC). The rhythm tracks were all recorded live in Stephan’s home studio with Mattacks and Easter coming up with their parts collaboratively on the spot.

The album’s title comes from random refridgerator magnet poetry placed on Stephan’s ‘fridge by a close friend one month before the friend died. The album ends with a song that Stephan ended up singing at this friend’s funeral, a tune that was written for him and his daughter a year or so before. The album also ends fittingly with a simple guitar, vocal, and viola arrangement–the sound Stephan and Stephanie honed together in spite of all the personal and artistic distractions leading up to that moment at the end of the album, and of their marriage. As the last song on ‘blow music only with delicate mad worship’, “autumn” closes out the collection of songs, acting as a gentle gavel coming down to conclude so much life.

Bandcamp Daily  your guide to the world of Bandcamp